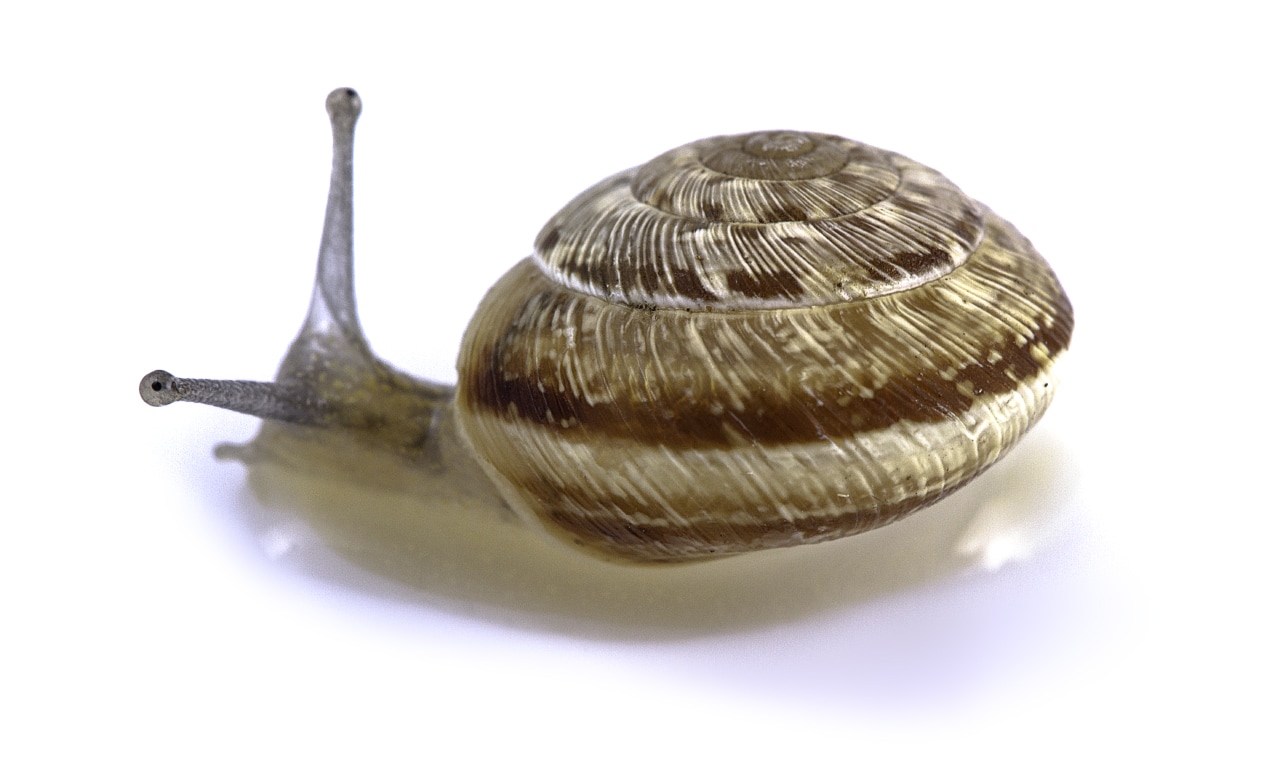 The wrinkled dune snail is known from Coos Bay to Roseburg, apparently following rail lines. It is a good climber. This pest is spreading and poses a risk to a number of crops.
Origin: Europe
Diet: Plant material. This species is a pest of apples, pears, plums, and peaches, as it feeds directly on the fruit. It also feeds on small grains, where it not only causes damage, but when the field dries, the snails climb and attach themselves to the stems. This can clog and damage harvesting equipment.
Behavior: Climb on objects during dry periods.
Where in Oregon: Coos and Douglas counties.
Similar exotics to look for: Cernuella virgata, which has a more broadly rounded shell and usually well-defined spiral bands. 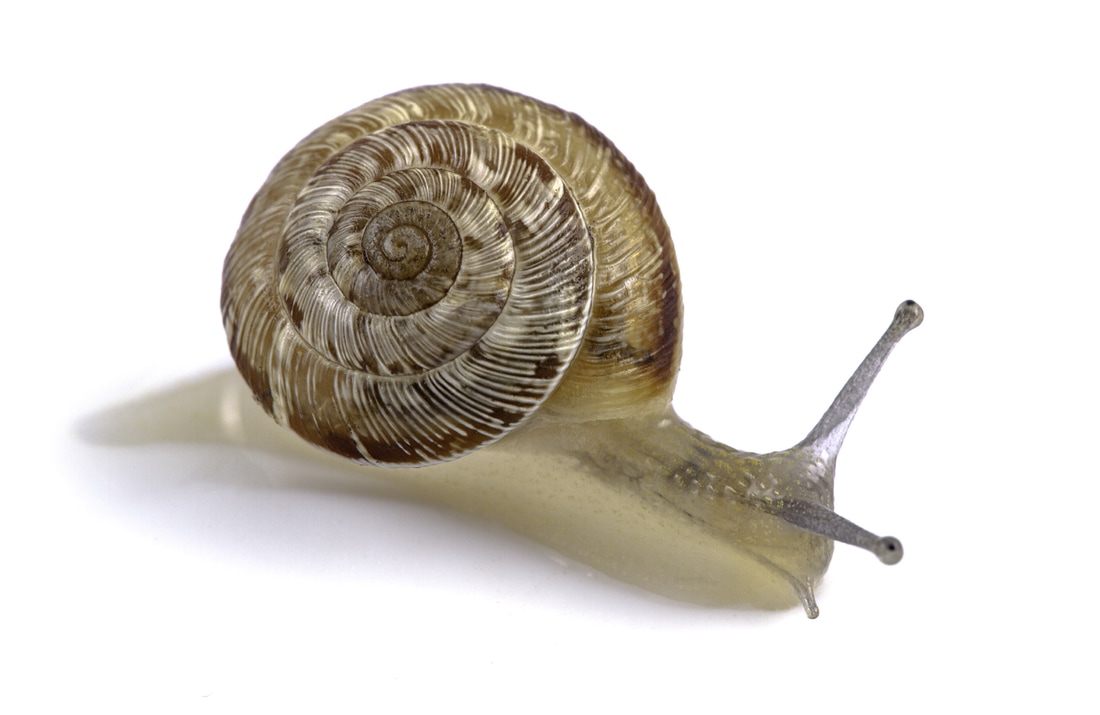 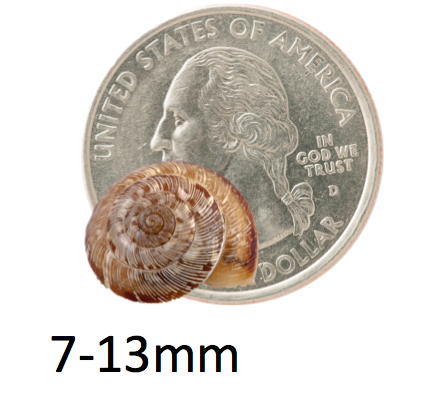