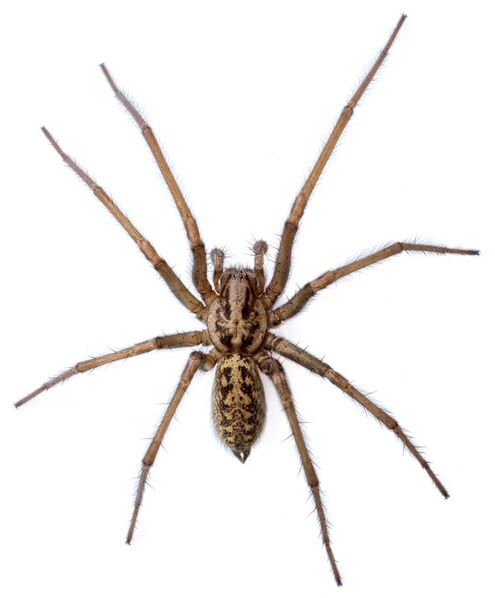 Much misinformation has been spread about the danger of these species to people. Studies of spider bites by OHSU found little or no evidence of harmful venom. Neither of the common Eratigena species are considered harmful. Hobo spiders and house spiders are not any more venomous than other common spiders in Oregon. Most spiders are considered harmless and are unlikely to bite people. For more information on Oregon spiders, visit our Spiders page.

Management: None recommended. If spiders are found in homes, look for points of entry such as gaps under doors in garages or basements, or unscreened windows. These species are very common and will come inside at different times of the year. Any spray applications are a temporary solution if the points of entry still exist.