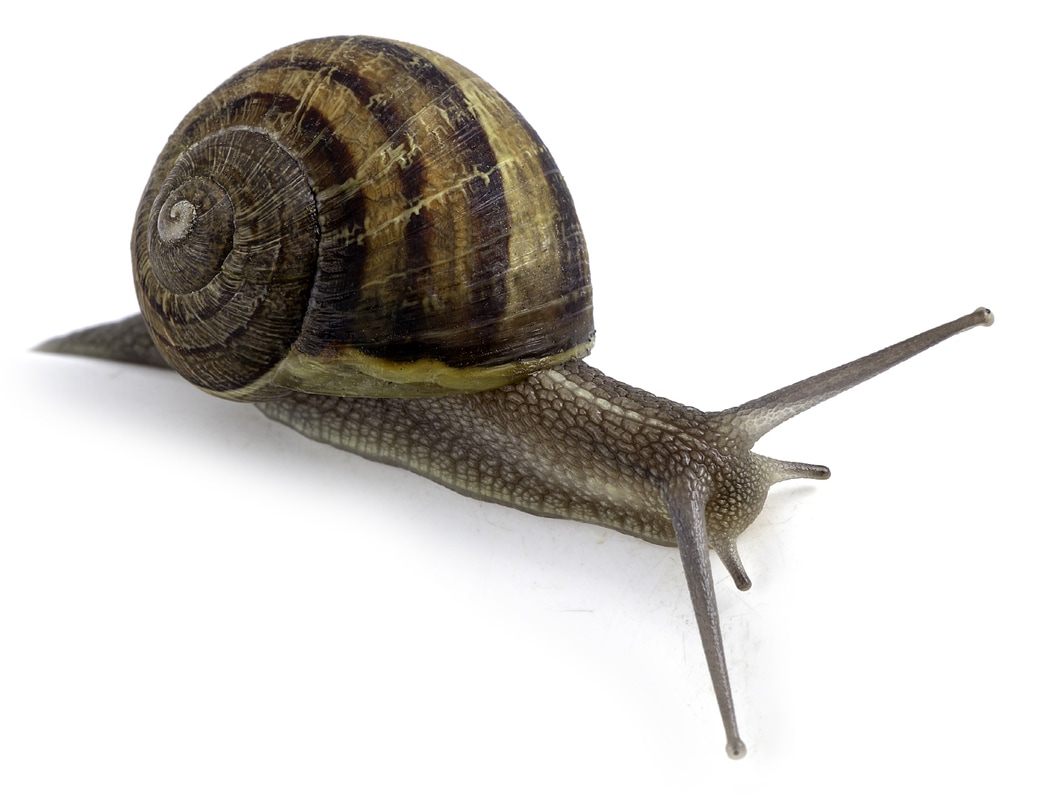 Origin: Europe
Diet: Live plants and decaying animal, fungi, and plant material. They can be significant garden pests.
Behavior: During hot dry periods, they will often climb up on structures and trees and glue themselves in place.
​Where in Oregon: Widespread in association with human activity.
Similar exotics to look for: Helix pomatia, the commercial escargot snail, is very similar and could also become a pest. These are both used as food. It has a larger shell, adults are over 35mm and can be over 45mm. The base color of the shell is white. It is not known from Oregon and should be reported to ODA. Older literature often refers to Cornu aspersum as Helix aspersa.