Description: Mottled dark yellow and black pattern across entire dorsal surface with alternating black and yellow bands along abdomen.
Wing membrane area is solid dark. H. limbolarius is very similar in appearance to H. abbreviatus, but is a little smaller, and the band of color around the abdomen is continuously yellow along the edge with small black marks instead of clear dark bands. Holcostethus tristis is similar in shape to H. abbreviatus and has the same alternating black bands as H. abbreviatus, but is much darker, nearly black or very dark brown
with dark antennae. Nymphs of all species are have short hairs on their upper abdomen and thorax, and have light bands or stripes on opposite sides of their abdomen. This genus is closely related to Trichopepla. 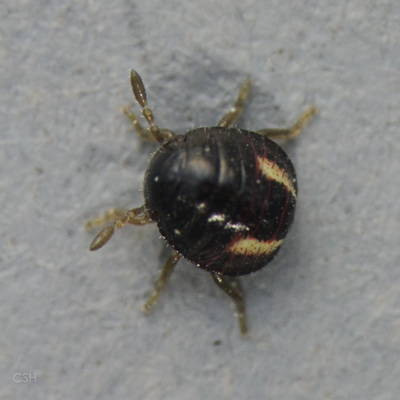 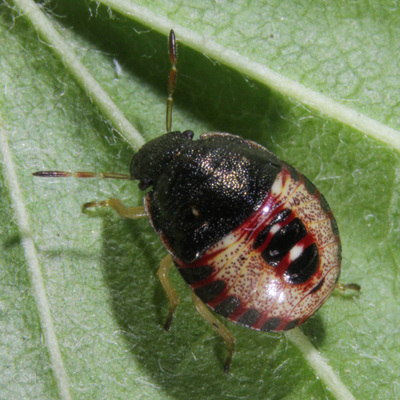 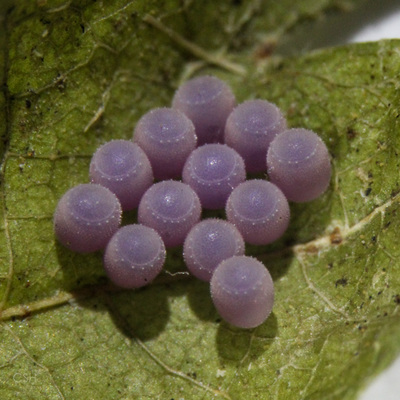 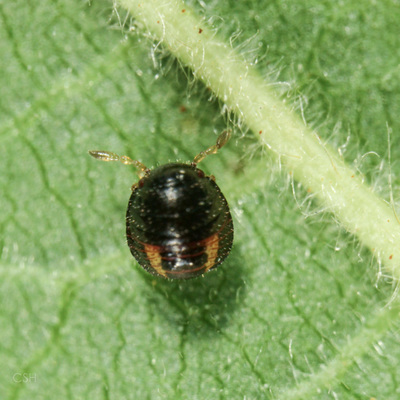 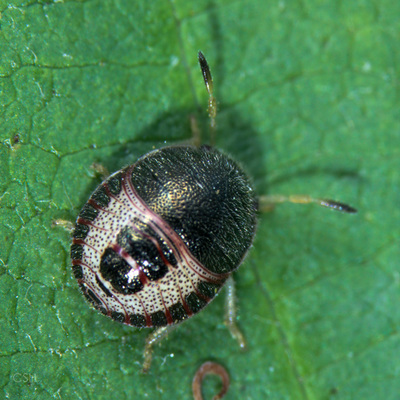 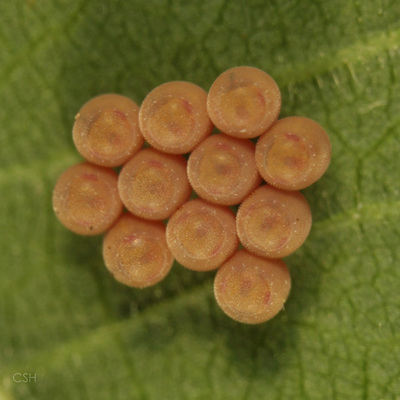 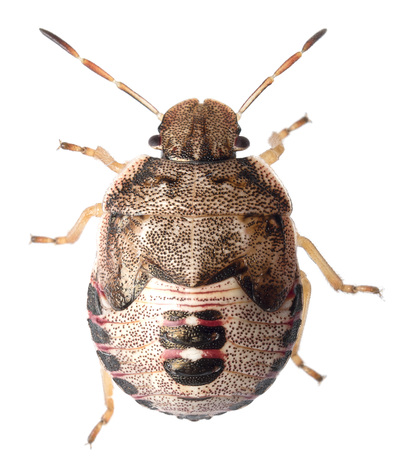