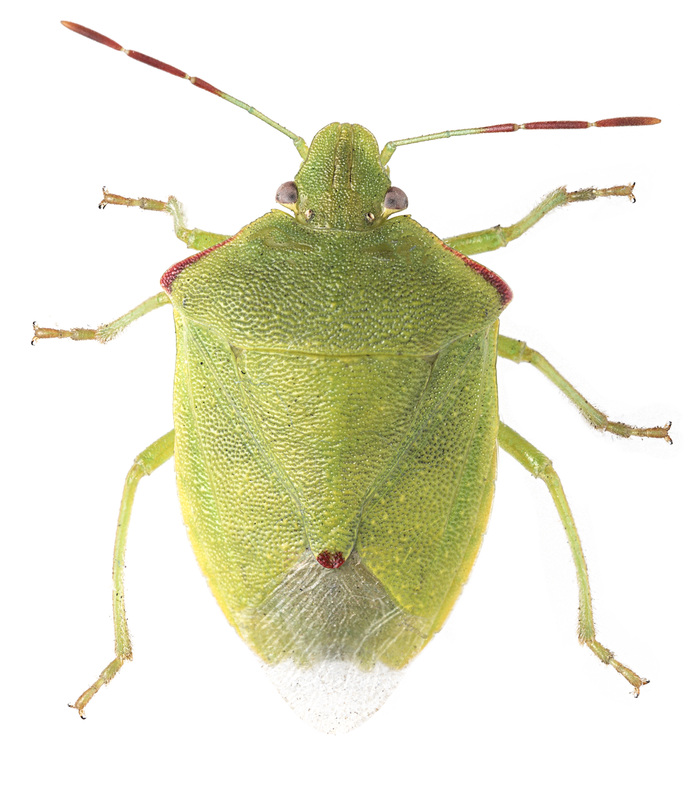 Description: Pale to light green, often with a distinctive red stripe across the pronotum, but are also often light brown or tan with no stripes or distinctive markings. Wing membranes with scattered dark spots. Nymphs are dark brown to black. Early nymphs have two distinctive pale spots on opposite sides of their abdomens and appear hairy compared to other stink bug nymphs. Thyanta custator is very closely related to T. pallidovirens and they are morphologically indistinguishable, but there is chromosomal evidence that
they are separate species. This also species contains some subspecies.

Hosts: T. custator is a generalist feeder and is reported to be a minor pest on a variety of crops including beans, corn, peaches, and wheat. The closely related T. pallidovirens is a pest of pistachios in California. 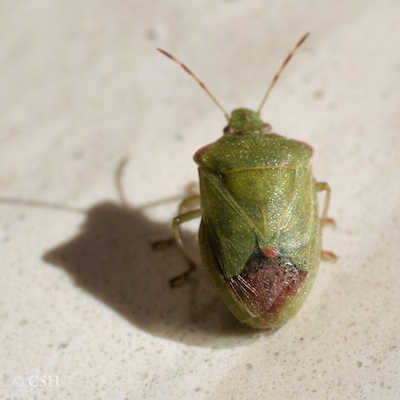 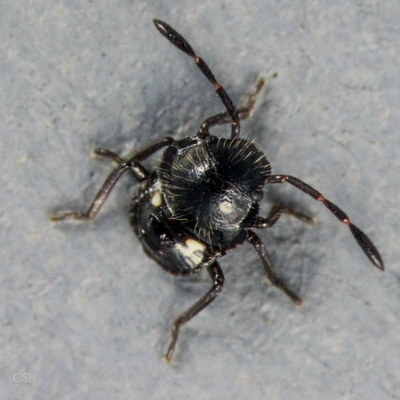 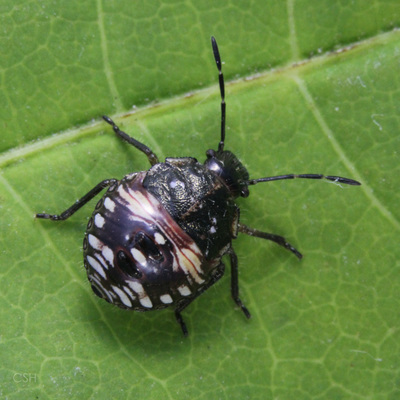 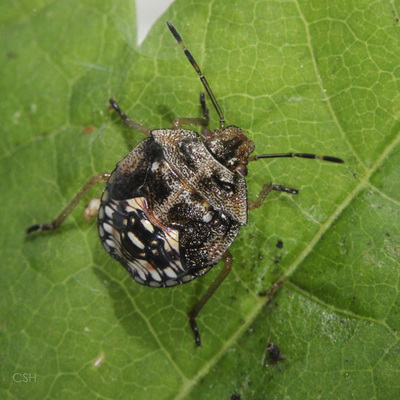 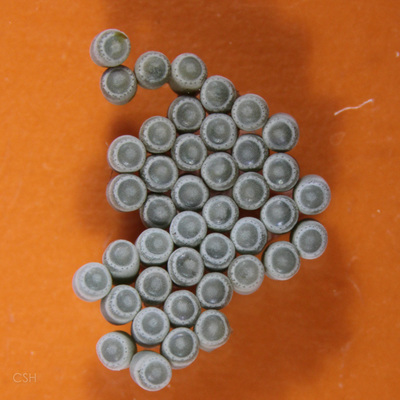